TORAH FROM TEROR was created in 2001 by Rabbi Neil Gillman and Rabbi Jason Miller to preserve the sermons delivered by rabbis in the days following the terrorist acts of September 11, 2001. By that dark Tuesday morning, most rabbis already had drafts of their High Holy Day sermons completed. Upon witnessing the footage of that first plane crashing into the World Trade Center building, rabbis knew immediately that they would have to rewrite those sermons. The common response from clergy across the country, regardless of religious affiliation, was a feeling of speechlessness at a time when so many were looking to them for words of wisdom and consolation.

In searching for the correct words to speak to congregants -- as if there are any -- rabbis were reminded of the words from the Torah, vayidom Aharon. The official spokesperson of our people, Aaron, was speechless following the tragic death of his sons Nadav and Avihu. Rabbis, the Aarons of the modern period, were speechless. Many rabbis, however, eventually found their voices and were able to construct the appropriate words to bring a sense of comfort to their congregants during those uncertain days.

The tragic events of September 11, 2001 cast a dark shadow on the Days of Awe 5762. Many rabbis, after discarding their already prepared sermons, found their voices and were able to construct the appropriate words to bring a sense of comfort to congregants during those uncertain days.

This site contains some of the sermons delivered by American rabbis in the immediate days following 9/11. From horrific acts of terror came Torah... 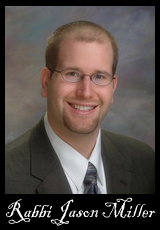